› Quotatis | Plumbing Advice › Inspiration › How to save water and money

How to save water and money

Every day we use on average 150 litres of water. This is a substantial amount and could be contributing to a hefty water bill at the end of every month.

If you want to save money then it’s crucial to try and lessen the amount of water being used, particularly if a lot of it is simply being wasted.

Water is used in both the bathroom and kitchen, with important saving measures possible in both rooms. So take a look at our tips below for saving water and above all, saving money.

How long do you spend brushing your teeth? Probably around one or two minutes in both the morning and at night. And during this time are you leaving the tap running? Well there’s your first water saving tip. Turn the tap off when brushing your teeth.

Whilst we’re on the subject of taps, are any of yours leaking? A dripping tap can waste 5,500 litres of water every year, which is a colossal amount. There are a few reasons for a dripping tap, such as worn washers. Simply changing these can solve the issue.

Next let’s take a look at the shower. It’s worth noting that although it’s great to have a nice, relaxing bath on some occasions, you can save 35 gallons of water by showering more frequently. What’s key here though is having an efficient showerhead.

There’s a good test to see if your shower is wasting water, by simply placing a 2 litre bucker on the shower floor when you’re inside. If it’s full within 12 seconds then you need to invest in an efficient showerhead. Also try to limit the amount of time your showering – just five minutes will use 35 litres of water.

Last but certainly not least in the bathroom is the toilet. Modern toilets use 1-2 litres with every flush, which compared to those from the early 90s using 9.5 litres, is a huge difference. Investing in a modern low-flush toilet can save a family of four as much as £56 every year.

There are fewer ways to save money in the kitchen, but these are equally as important. Firstly, when washing up resist the temptation to keep the taps running. Also, stop boiling more water than you need to in the kettle. It’ll take less time for the water to boil and will save you money on bills too.

Other tips for the kitchen include upgrading your appliances. The kitchen has a number for you to consider such as the washing machine and dishwasher. An efficient dishwasher will only use 4.5 gallons of water compared to washing up, which uses 20 gallons. Just remember not to run the dishwasher half-full.

I have been managing online projects since 1999 and I'm a experienced marketeer, who is well versed in international brand management, online business strategy and developing long term relationships. Through my academic and professional background I am a specialist in generating online loyalty towards brands. My experience has taught me that ultimately business is about relationships and people. For more information see my Google+ page. 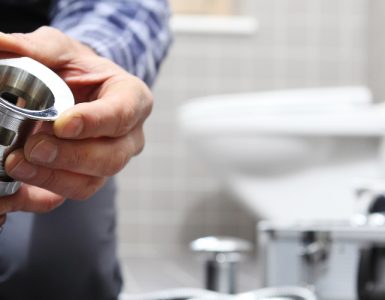 How to Hire a Local Plumber in 5 Easy Steps

If you’re searching for a local plumber because you’ve got a leaking pipe or a dripping wall, you probably want to find one as quickly as possible. But although it’s tempting to rush into using the first company you come across, you’ll be thanking...

World Water Day is all about taking action to tackle the world’s water crisis. This could mean supporting efforts to make safe water available to those living in developing countries or tackling water waste. You might think you need to get out in...

Plumbers are often taken for granted. They come round to fix our leaking taps or replace a part on our loo and we think nothing of it. But what about all the other less-than-glamourous jobs that they do? Here are 10 things that plumbers would like...

How to Hire a Local Plumber in 5 Easy Steps

3 Easy Ways to Fix Your Running Toilet Yourself

We use cookies to help give you the best experience on our site and allow us and third parties to tailor ads you see on this and other websites. By continuing you agree to our use of cookies.